Virtuoso ® is a network of the world’s finest travel agencies with knowledgeable advisors who draw upon first-hand experience to craft the perfect vacation for you.  Virtuoso affiliated travel advisors have global connections with the best hotels, cruise lines, airlines and tour companies.

Virtuoso has a week in August when advisors gather for training, one on one appointments and camaraderie.  For the last several years, it has been held at the Bellagio in Las Vegas.

This year I attended seminars and training on technology, travel insurance, tours and sales.  As a member of the Virtuoso Cruise Committee, I participated in our monthly meeting while at Virtuoso Travel Week.   Additionally, I also had several informal meetings with others from Brownell.

One of the most productive and interesting events took place in the Cruise Cafe where I was able to meet one on one with executives from the cruise lines.  I was able to share successes and challenges from our team and glean valuable insider information about the cruise industry.

Next year will find me back in Vegas, so if through the year you have comments, questions or suggestions, send them to us and we will put them in the notebook that I take with me to these meetings. 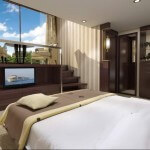 Pictures from the Cruise Café: 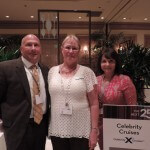 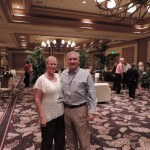 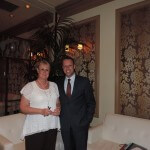 Tags:     AzamaraVirtuoso Category:     In The News