My third sailing on the Azamara Journey was a pleasant respite from both a busy time at work and the holiday season. Sailing in December put us in Cuba’s winter season which very much reminded 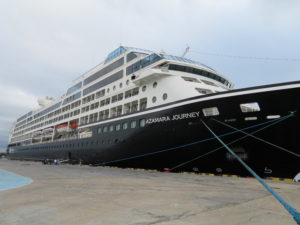 me of a Midwest summer but with tropical vegetation. Sailing here in their summer to me is unimaginable as air conditioning which is a staple in the Midwest is not common in Cuba.

I’ve put off this country not because of lack of interest but because of the mandated restrictions to itineraries and the fact that the guides are employees of the government. Our guides ranged from excellent to ludicrous “just tell me what you want to know about Cuba”.

Cuban people have mixed feelings about what they want for the future, one foot firmly planted in Communism and the other foot with a toe dipped in Capitalism. Private sector jobs are prized with the much higher income. However, there is no desire to give up public housing and health care and other government benefits. Even Cubans say it’s complicated. There is a desire for a higher level of living but not for a high energy rat race type of living. Free time and relaxation are prized life choices.

Since there are two currencies in Cuba, one for locals and one for non-Cubans it at first was difficult for me to reconcile the official exchange rate to the USD of .87 to $1 considering the wages and incomes of the people and then it occurred that the exchange rate was simply fixed and had no basis. After exchanging Euro in Havana, I am now inclined to tip in USD as many of the shops had prices in both Cuban Pesos and USD. Although we were told to only buy cigars and rum in state run shops, it only stands to reason that those prices are also arbitrarily set. I did not do any shopping and only glanced at various wares, but I did not notice anything that caught my attention so most of our cash expenditures were for tips.

Havana was very interesting, old crumbling building among brand new hotels built with foreign investment. Some areas of Havana have reliable utilities, but this is certainly a country that you would

want a proven-on site operator rather than surfing the web for deals. I think that the amount of time in each port was adequate, but a few more Cuban ports would have been nice, in particular Trinidad as the day trip from Cienfuegos was very long.

Our Cienfuegos shore excursion was to a botanical garden which was pleasant, however, the most interesting part of the excursion was seeing the rural farm land to and from the garden. It is not unusual to see horse drawn carriages in cities for tourists, but I was surprised to see so many working animals in rural Cuba. I remember my Dad telling stories of using a single plow pulled by a mule in his youth but that would have been in 1944. We saw a pair of oxen pulling a plow in the fields of Cuba in 2018, 75 years later. The oxen were just many of the working animals we saw. We also saw vintage tractors and trucks as well as modern equipment and trucks. The only other place that comes to mind with such diverse transportation is Egypt.

Santiago De Cuba was my least favorite port in Cuba. The streets were congested, traffic was loud and air pollution is an issue. It was the only port where we experienced pushy beggars, some with 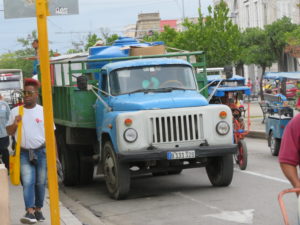 just a sad story about how little money they make and their need for cash for _________.

Mid on deck 5 just out from Mosaic Cafe is a quite shaded area with sea views and comfy lounge chairs. Perfect for reading, writing or as often seen… naps. We were assigned an ocean view cabin but with the comfortable loungers we did not even miss the balcony.

Do consider the packages offered before sailings at the Azamara Guest site. I felt they were a very good value. We walked off the ship with a -0- balance since so much is already included. We did prepay our shore excursions but some of that was offset by the shore excursion credit included in our package.

We have not enjoyed the Chef’s table in the past but will definitely do so again if the opportunity arises. Three hours flew by with great conversation, excellent food and skillfully paired wines. We booked for the French menu early in the cruise and enjoyed the company of our table mates later in the cruise as well.

If you try the botanical garden tour in Cienfuegos do be aware that the bus ride was VERY rough. I would not recommend it if you have back problems.

Christmas decorations were installed during our December sailing, they were tasteful and delightful. We were told that the sailing starting on the 21st had many families traveling with children over 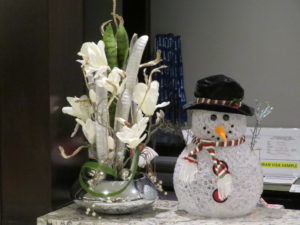 the holidays. I am sure they will be taken with the elaborate gingerbread village complete with train.

I was surprised at how few patrons were donating at the casino. When I asked one of the cruisers told me that the new machines were not well received and that they were told that the machines would be replaced with humans.

Entertainment was not strong on our cruise and with so many days at sea I was surprised that only one show had a performer that was not part of the crew. I expected that since Azamara is a division of RCI that they would have upped the entertainment. We don’t watch movies, but I did hear complaints about the high cost of the pay per view movies.

I opted for a package pre-cruise that included unlimited Wi-Fi for one device. It was reliable for sending and receiving email and texts but frustrating when I was trying to research air prices. 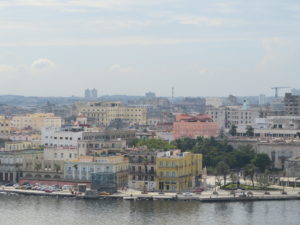 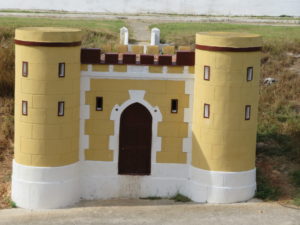 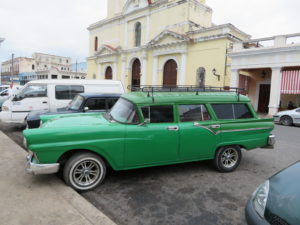 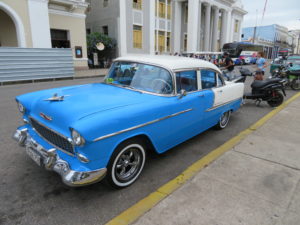 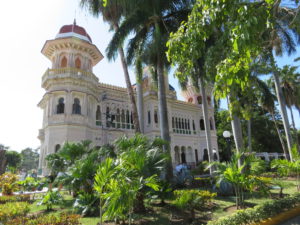 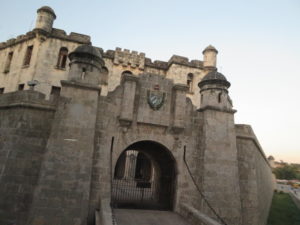 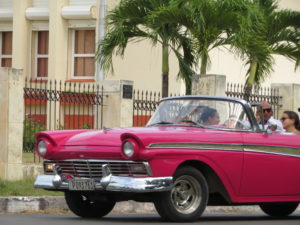 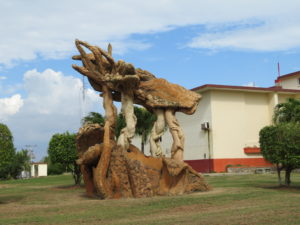 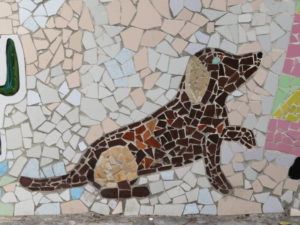 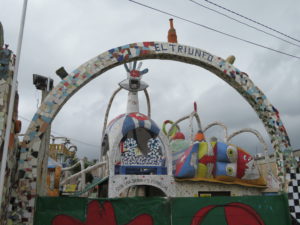 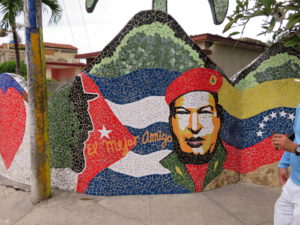 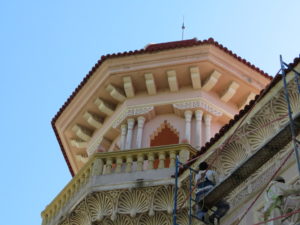 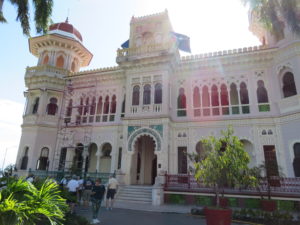 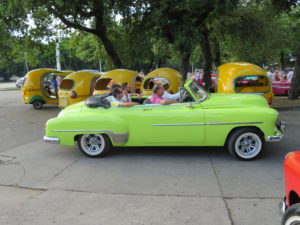 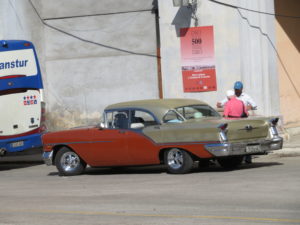 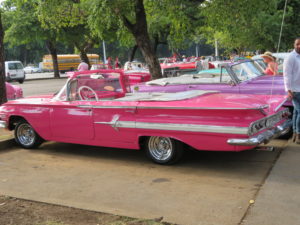 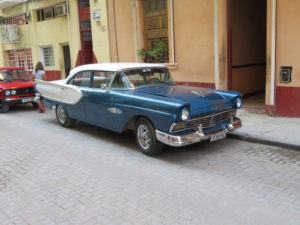 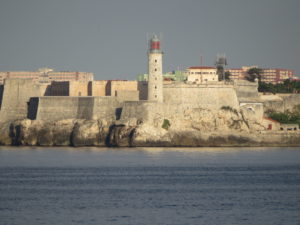 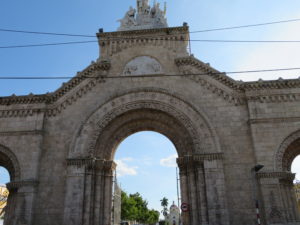 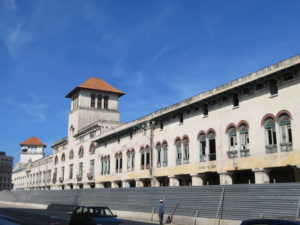 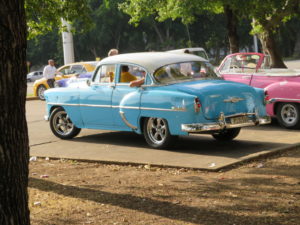